One important objective with the creation of Poet’s Hill is to make contributions to the literary life of the capital. A number of events have already been held and others are planned. This programming goes under the catchy title “Dead Poets Live!”

Here is what’s taken place so far, often in the beautiful Reception Room in the Beechwood Cemetery office building.

June 24, 2007 – While not formally part of the Dead Poets Live! series, the 13th Historical Walking Tour at Beechwood Cemetery was held on the theme of The Poets of Parliament Hill.  Well over 100 people attended and many a five dollar bill was dropped in the donation box for Poet’s Hill.  Local poets were stationed at each of eight grave sites who told of the person’s life in relation to Parliament and then read some extracts.  One was dressed up in the historical character appearing in the poem!  More information.

October 29, 2006 – Steve Artelle offered some “ghostly” excerpts from various Ottawa poets, followed by a guided tour of Beechwood Cemetery to some of the gravesites of literary significance.

September 13, 2006 – Official inauguration of the site. See main Poet’s Hill page for a report on this event.

May 10, 2006 – Literary Evening, in cooperation with ARC Poetry Magazine at the occasion of the announcement of the 21st annual Archibald Lampman Award for Poetry. Music by Rare Blend. Books on Beechwood had a table for book sales. Several hundred dollars were raised for the Poet’s Hill project, through a raffle of books shortlisted for this year’s Award and in donations.

November 17, 2005 – The first “Dead Poets Live” event! “Music, Poetry & Merriment” to raise funds for the project. (Programme.) Close to $1,000 was raised through $20 ticket sales and donations. One of the attendees was Ottawa Citizen columnist John W. MacDonald. He took a picture of the Poet’s Hill Committee as it was then (shown from left to right are: Roger Boult-BC, Steven Artelle-OLHS, Daphne McCree-GA, Mike Heenan-OLHS, Vera Yuzyk-BC, and Erwin Dreessen-GA). 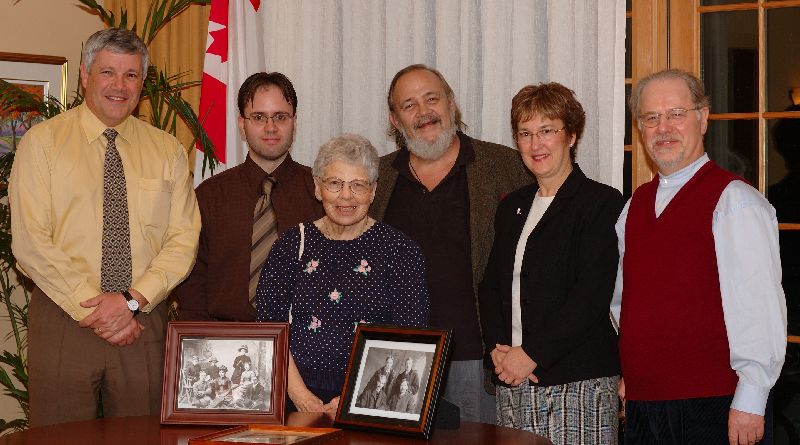