PDF version of this media release

The Greenspace Alliance joins Councillors Wilkinson and El-Chantiry in decrying what happened in the week following May 26 in Kanata North when part of a woodlot on the property of Metcalfe Realty was clear-cut and shredded. A significant number of trees along the CN rail line were also cut in the same area, including as least one mature Butternut (Juglans cinerea) which is on both the federal and provincial Endangered Species lists. (CN reportedly denies being the culprit.)

“This is the third ‘tree massacre’ in Ottawa in recent times,” said Erwin Dreessen, co-chair of the Alliance, “and this one is particularly egregious because it is in clear violation of the City’s by-law on tree protection, and took place during the bird nesting season as well.” Remedies for the tree by-law infraction may range from fines to allowing the forest to regenerate and/or engaging in reforestation.

A look at the attached aerial photograph easily suggests a motivation for the clear cutting. “Across the railway is another woodlot,” said Judy Makin, former President of the local community association and member of the Public Advisory Committee for the development of a Community Design Plan for these urban expansion lands. “There is a large wooded area of about 10 hectares on this property, connected to the larger woodlot across the tracks. It would seem that the landowner wished to eliminate the connectivity between the two woodlots. Thanks to the Stop Work Order, the attempt failed.”

The Alliance applauds the City for moving swiftly to issue a Stop Work Order and lay charges to be heard in Provincial Court and hopes that the maximum fine will be levied to send a clear message that this type of unauthorized action by developers and others will not be tolerated. “From attending meetings for the Community Design Plan, I knew this wooded area was to be evaluated to see if it should be considered part of the City’s natural heritage system,” said Paul Johanis, who lives close to the property and was the first to hear chainsaws in action. “It would seem the owners set out to alter the existing conditions before this evaluation could take place, which does not seem like fair dealing to me.”

Members of the Public Advisory Committee have decided that at the next PAC meeting, now re-scheduled for later in July, there will be only one item on the agenda: Restoration of the forest. “Trust in the developer’s honest dealing has been destroyed,” said Ms. Makin “This illegal act has to be dealt with first and consideration of the community design plan must be put on hold.”

Earlier, members of the local March Rural Community Association had expressed dissatisfaction with a report produced by the developers’ consultant. “He didn’t see anything significant in the woodlot” said Ms. Makin. “We have evidence to the contrary, including very significant cedars and evidence that it is wildlife habitat and a deer yard in winter as well as being an important ecological link between the South March Highlands and the Shirleys Bay Wetlands.”

“The landowner should now lose the benefit of the doubt,” said Mr. Dreessen. “The timing and location of the tree cutting suggest a deliberate attempt to affect the City’s evaluation. It should now be taken as given that these woodlots are part of Ottawa’s natural heritage and need to be preserved, as the law requires.”

Added Donna DuBreuil, President of the Ottawa-Carleton Wildlife Centre: “Developers should embrace the presence of such remnants of natural areas on their property. New houses need access to established forests and greenspace. Woodlots such as these enhance the attractiveness of the future subdivisions. It is short-sighted to want to get rid of them and believe that planting saplings and having mini-neighbourhood parks is all a new community needs.”

The Greenspace Alliance was founded in 1997, works to preserve and enhance green spaces in the National Capital area, and engages with all levels of government. It believes that urban greenness is essential for a community’s quality of life, contributing to personal, social, economic, cultural and spiritual well-being, and connecting us with the natural and cultural history of our region. 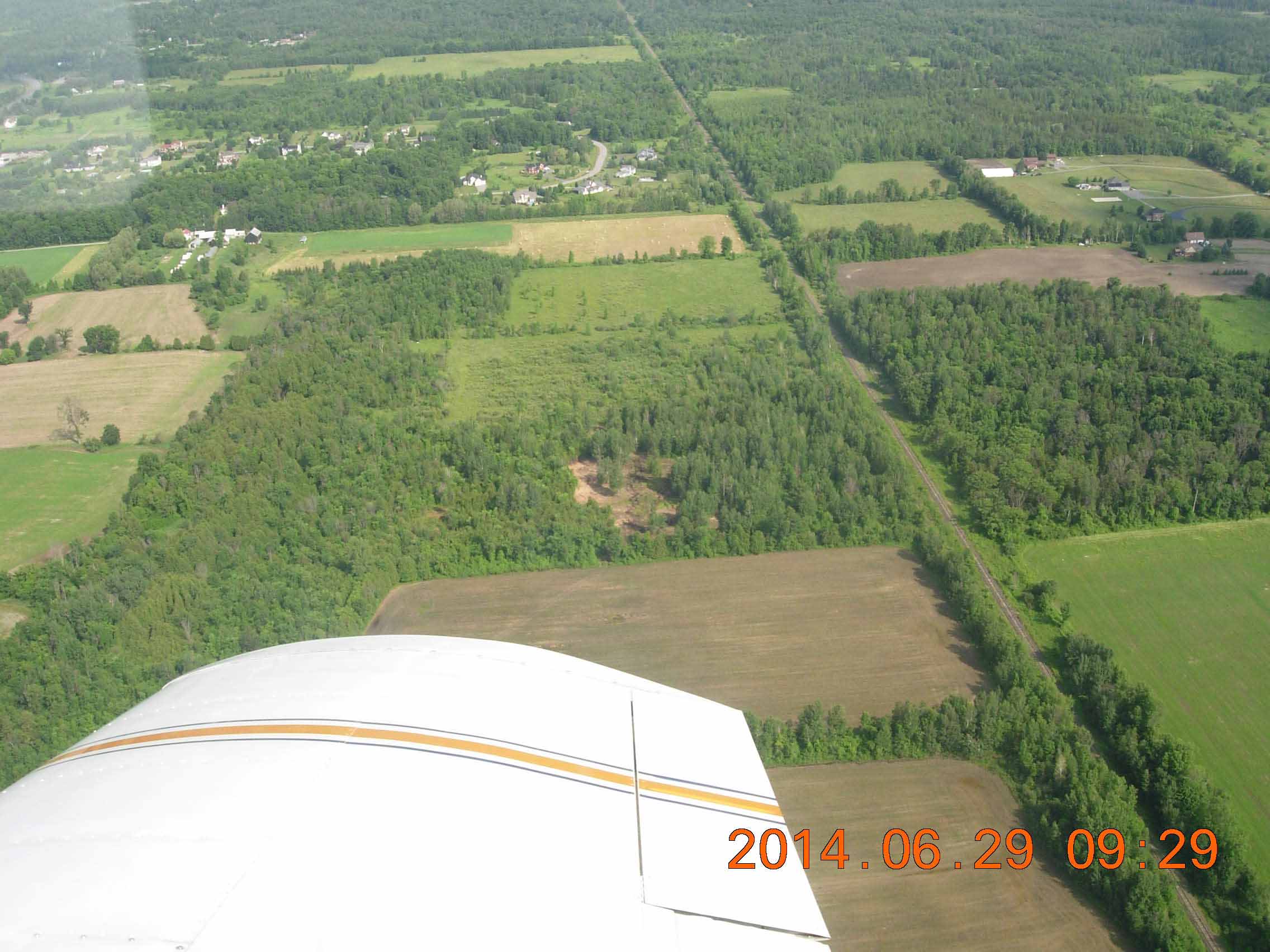 Councillor Wilkinson spoke to the Ottawa Citizen on June 19, 2014

CN’s denial of culpability for the cut along the railway was conveyed to Judy Makin by Councillor El-Chantiry.

What happened in 2002/03 (Trillium Woods massacre) 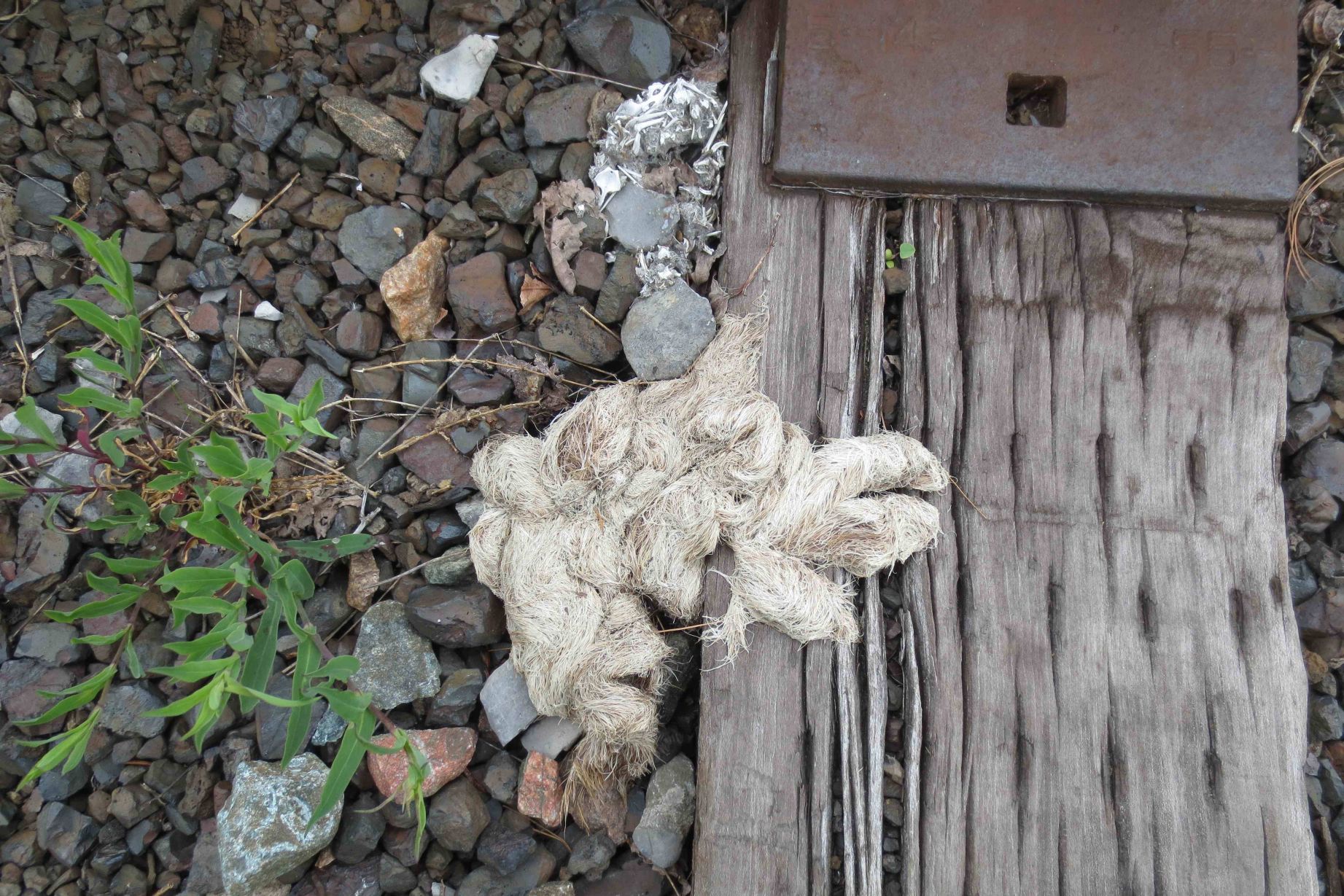 Evidence of wildlife scat near the rail line 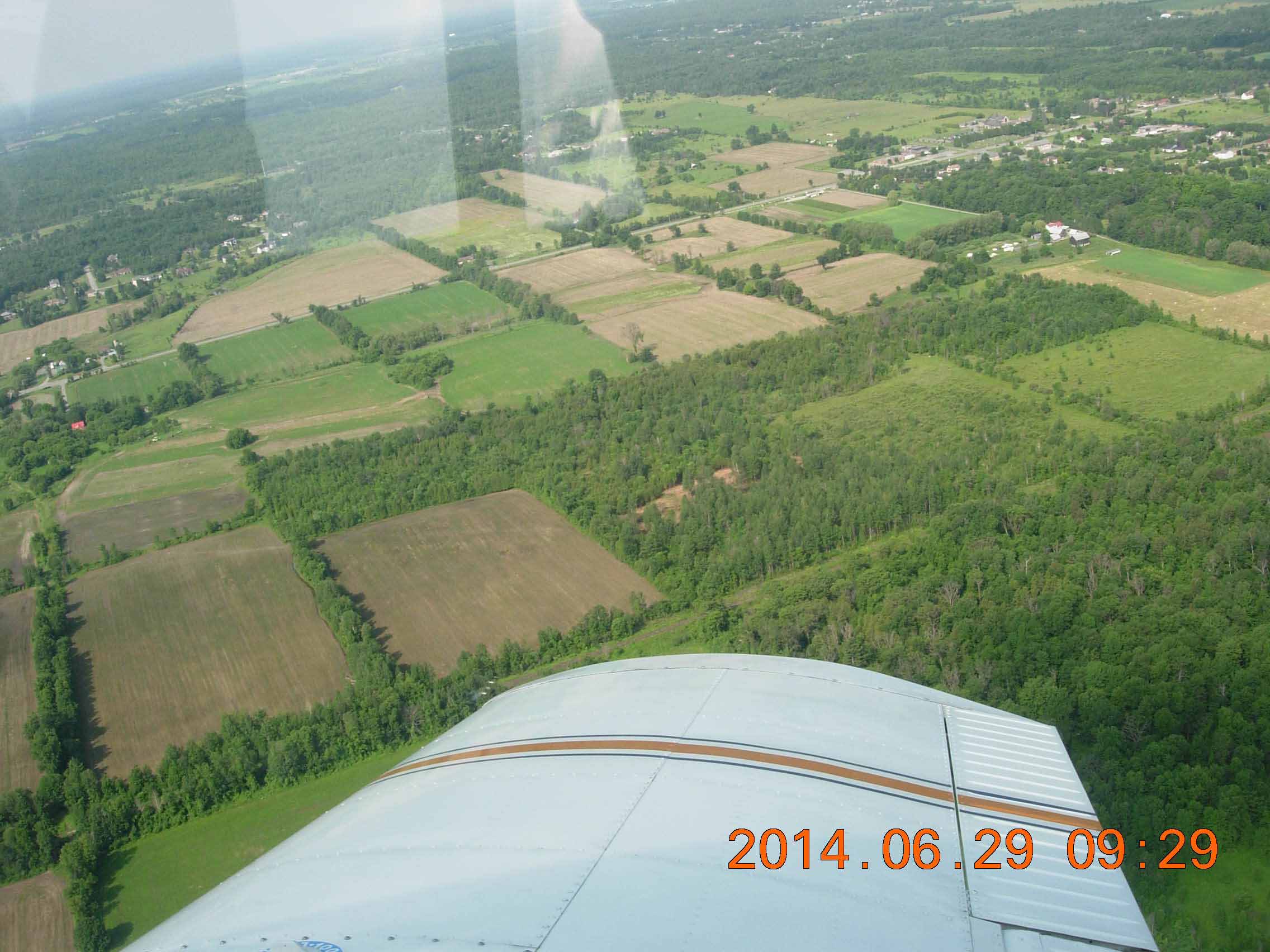 Woodlot S20, the connecting forest, and the rail line

<<Woodlot S20, the connecting forest, the rail line, and part of woodlot S23>> 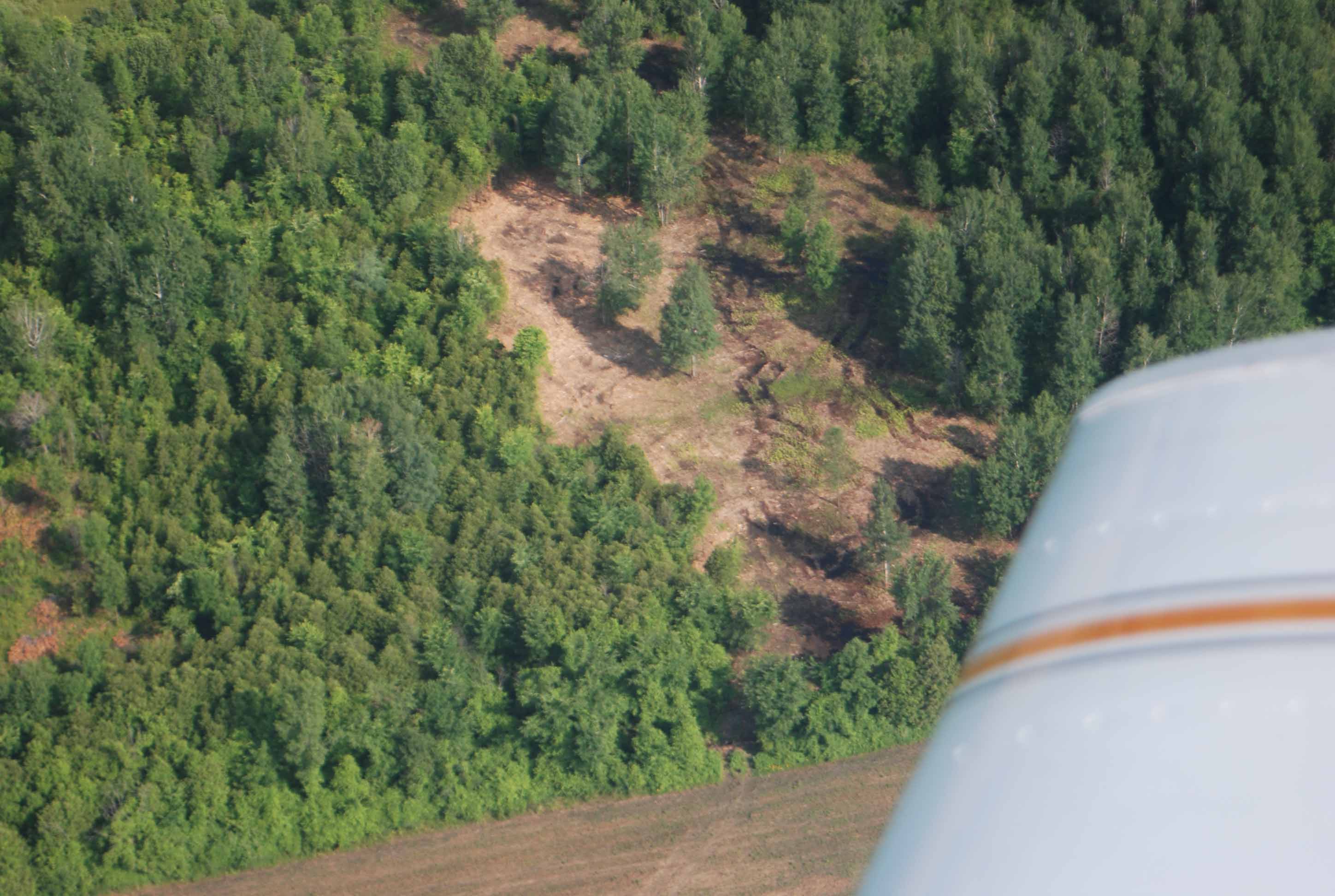 A close-up of the cut in the connecting forest 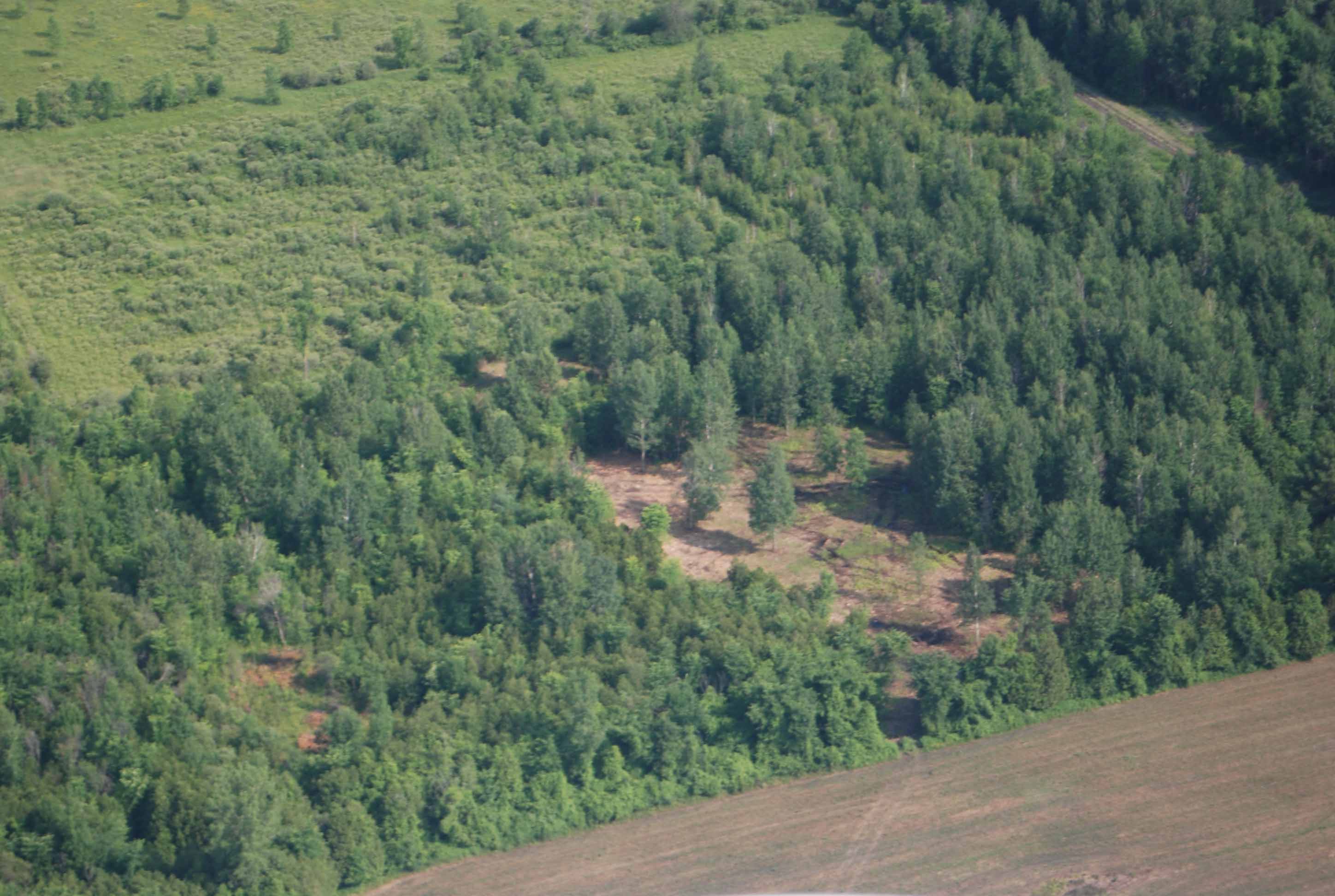 Another close-up of the cut 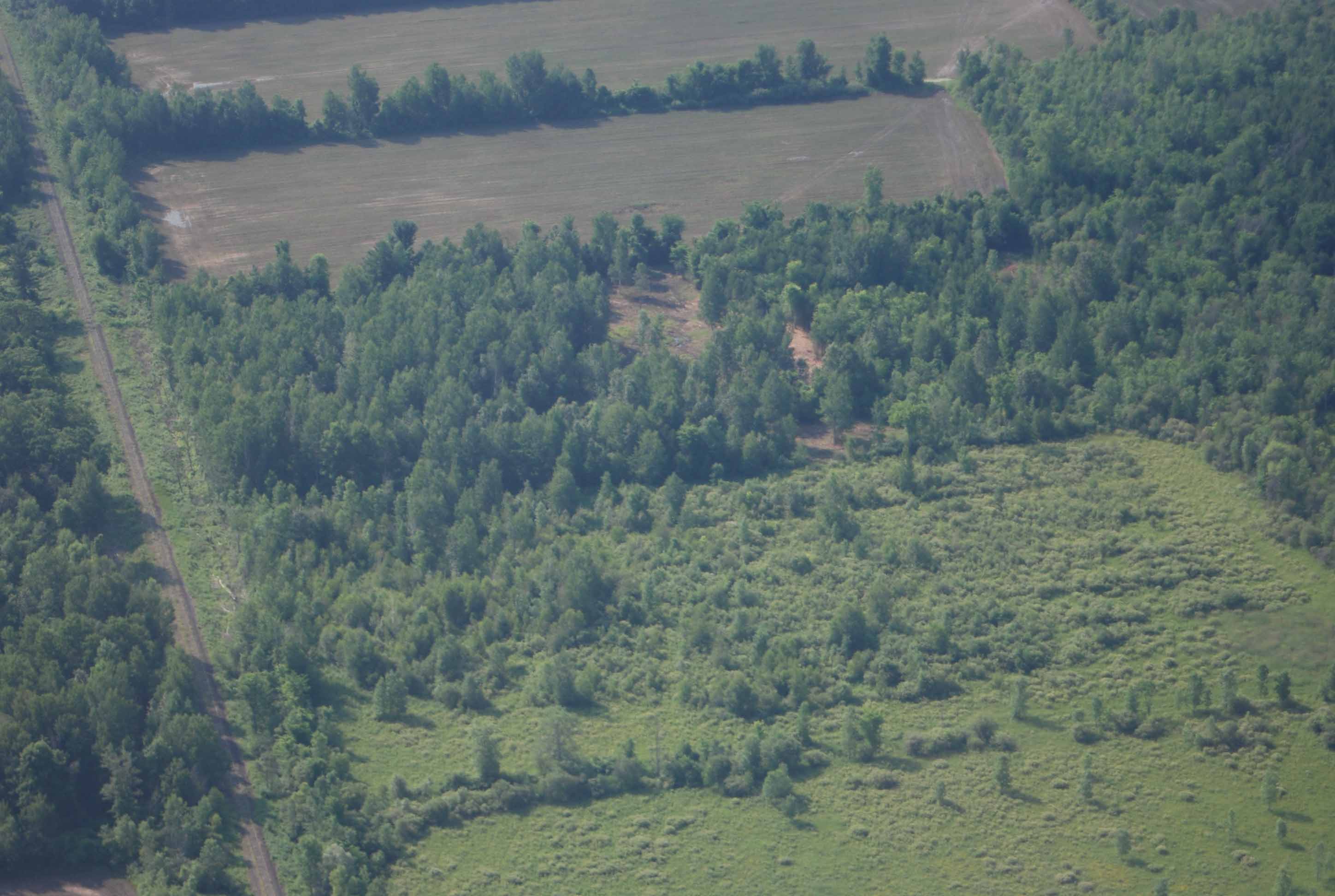 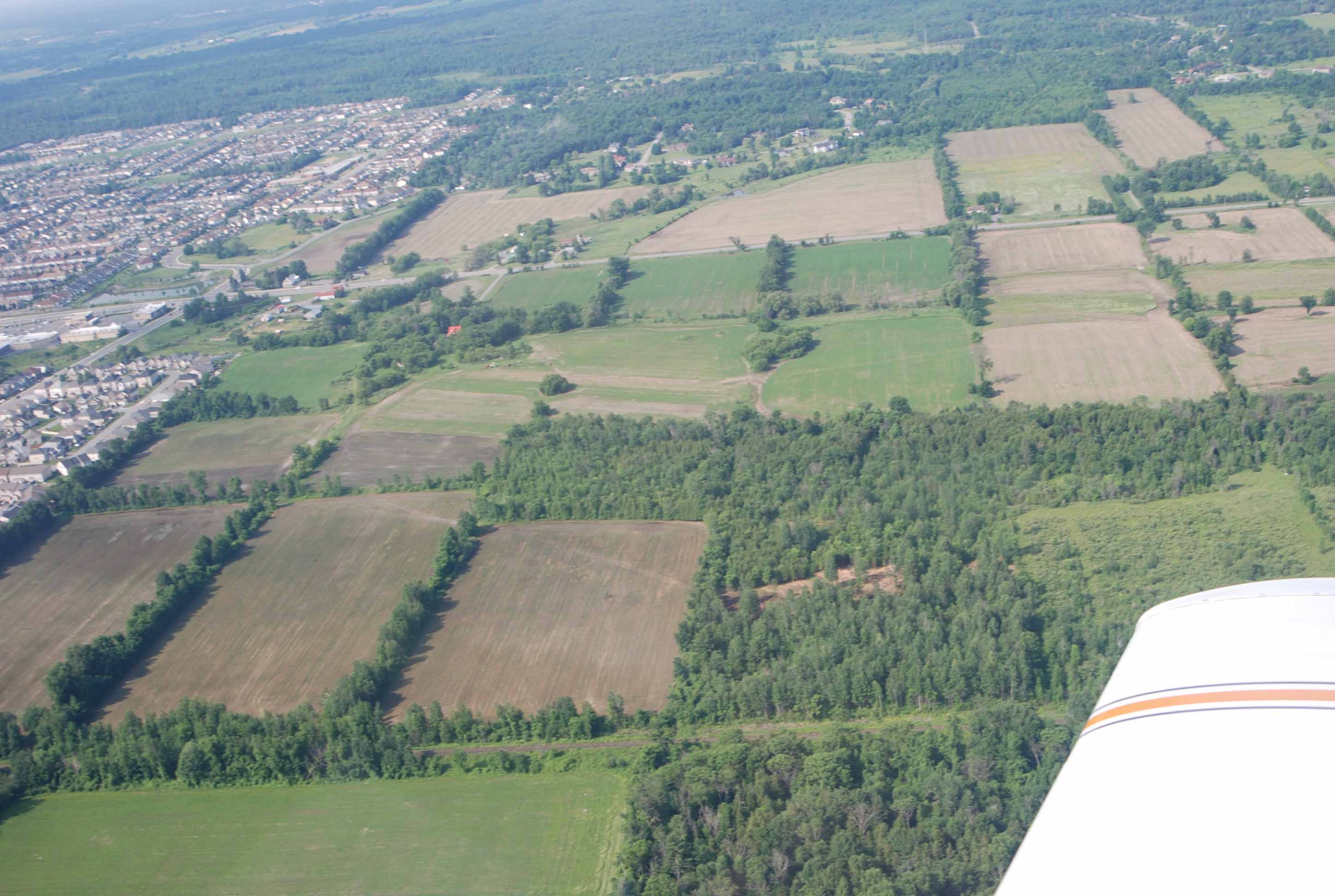 The future of these lands is in view

Letter from Donna DuBreuil, published in the Ottawa Citizen of June 20, 2014

Metcalfe Realty and the City of Ottawa had a first court date about the treecutting in Kanata North on July 17.  The day before, Councillor El-Chantiry had forwarded an email from staff providing background and factual perspective.  At Provincial Court, the parties were represented by Messrs. Michael Polowin for Metcalfe and Stuart Huxley, a senior legal counsel at the City.  The case was put over to September 18.

Mr. Polowin predicted that his client would plead not guilty if the case proceeds, arguing that the contractor was under explicit instruction not to cut any trees that were larger than 10 cm in diameter.  The Justice of the Peace denied his request for an Order that the City immediately disclose the facts supporting the charge, saying she is confident that the City will do so as soon as possible.

Here is a report in the Ottawa Citizen by Carys Mills published the following day.

There was a”pre-trial” court event on November 27 that was closed to the public. On December 4, staff informed us:

“I cannot comment on the trial at this point. … While it is in front of the courts, it will not be discussed by the City.  … we will be receiving an INTERNAL update from the City’s legal team on the pre-trial. We will not be circulating this to the public. If there are any relevant dates, we will pass them on to you. … We will keep you in the loop.”

Later we learned that court will next be spoken to on February 5, 2015 at 1:30 p.m. in Courtroom 102, Centrepoint.  The company that cut the trees under contract to Metcalfe, Ottawa Valley Tree Experts, also has been charged and will return to court on February 5th as well.

Another point to note is that the status of the “S20” forest remnant (see above) continues to be hotly debated between City staff and the developer.  The City must now apply the guidelines found in OMNR’s Natural Heritage Reference Manual (2010) so this is a first case and could set a precedent.

Finally, CN has removed the railroad tracks which ran along the east side of the property.  We understand that the City has indicated an interest in acquiring the right of way for recreational purposes.

On July 23, 2015, City Clerk and Solicitor Rick O’Connor sent a memo to the members of Council, informing them that the charges against Metcalfe Realty and Ottawa Valley Tree Experts had been withdrawn, by decision of the City Prosecutor.

The memo gives no substantive reasons for why the evidence did not meet the Prosecutor’s criteria for proceeding to trial.  In the last paragraph, however, it states:

“…in May 2015, a determination was made that lands in question did not meet  criteria for the designation of significant woodlands.  The Prosecutor was advised that the Planning and Growth Management Department did not consider the lands to be a natural heritage system feature under City Official Plan Policy 3.11(7b).  That said, the alleged tree cutting did not have a bearing upon these determinations, nor did these determinations have any bearing on the charges being laid or the subsequent decision to withdraw the charges.”

Of course not.  Here is a June 2 letter from Nick Stow confirming the non-status of this woodlot. We expect to receive a written rationale of this decision.

For a July 24, 2015 Ottawa Citizen story on this by David Reevely and Patrick Smith, go here.

How the Kanata North Woodland was evaluated

Here is the rationale received from the City’s senior environmental planner for finding the “S20” woodlot not significant, i.e., not a part of Ottawa’s natural heritage that the developer would then have to hand over to the City.

Since the new Provincial Policy Statement came into effect (30 April 2014), the City is obliged to use the criteria set out in the March 2010 Natural Heritage Reference Manual. This is the first instance of use of those criteria.