The proposed agenda was agreed upon, with the addition of item 3(e), Governance Review Report and Term of Council priorities, moved by Iola, seconded by Erwin.

Paul reported on the MOU that the POP group is developing now that POP 2 has been launched, involving a larger group of organizations than before. Members provided preliminary feedback on language regarding objectives and scope. The Carleton School of Journalism has invited the GA as a panelist at an eco-event they are planning. JP has agreed to represent us.  The Ottawa Carleton Wildlife Centre, a GA associate member, has asked us to endorse a letter to the new Mayor and Council regarding wildlife issues. The group concurred to be added as signatory to the letter.

Paul presented a final accounting of the repayment of unspent grant funds to the Community Foundations of Canada for the Chief Pinesi Portage trail project. The repayment amount of $9635.27, moved by Jason, seconded by Nicole, was carried. Paul also sought approval for payment of the GA share of the cost of the in person Eco-briefing of newly elected City councillors conducted at City Hall with other POP members on November 8.  The amount of $105.57 was approved, moved by Nicole, seconded by Jason.

Paul reported that the Province had finally approved the City’s new Official Plan, adding almost 50% more urban expansion lands than what had been approved by Council. This will provide more incentive for urban sprawl and likely hinder intensification efforts, so the opposite of what the GA had been advocating.  The OP is not appealable so this is the new reality with which we will have to contend.

Almost hand in hand with the new OP, the provincial government unveiled Bill 23, an omnibus bill modifying many Acts, regulations and policies to turbocharge residential construction. The only good part of the bill from an environmental perspective is that it contains measures to promote gentle intensification, and in particular the elimination of exclusionary zoning for single detached dwellings. This however is accompanied by an all-out attack on protection for wetlands and greenspaces, and reductions in parkland dedication. Many other provisions have negative impacts on green building standards, inclusionary zoning, protections for renters and City finances. The bill is massive and comment periods and forums are very restricted and convoluted. Paul presented a table summarizing the schedule for submissions and comments for the various parts of the bill. The GA will address those parts of the bill that most impact on greenspace but will work collaboratively with all members of POP to provide representations on the full scope of the proposed changes.

On November 15, the AG participated in a rally organized by the POP group outside City Hall. It was held immediately after the inauguration event of the new City Council and a number of returning and new councillors attended. Overall a good crowd showed up on short notice, with effective speakers and good media coverage. The opposition to this Bill is widespread and deeply felt.

On November 8, the GA participated in a briefing of new Councillors on current environmental issues organized by the POP group. The new Councillors were at City Hall for orientation and training during the week and were invited to partake with a catered lunch while hearing presentations from the GA, Waste Watch Ottawa, Ecology Ottawa, CAFES and Ottawa Riverkeeper, with Q&A. Councillors Jessica Bradley, Sean Devine, Marty Carr, Wilson Lo, Laine Johnson and Clark Kelly attended, with Shawn Menard sitting in and also Mayor Sutcliffe making a brief appearance.

Among the first items considered by the new City Council are the Governance Review Report and the Term of Council Priorities. The Governance Review Report prepared by staff covers the structures and processes that will guides the operation of Council and includes recommendations for changes to improve governance. The Term of Council Priorities are high level objectives embedded in the City’s Strategic Plan.  Members discussed what suggestions we might make along these lines. On the governance side, the issue of reforming Planning Committee to make it more representative of the city as a whole was advanced. Also, the resumption of more substantial minutes of Committee meetings rather than the brief summary of motions and decisions now produced was proposed. Regarding priorities, the introduction of more comprehensive and transparent metrics across a range of issues was seen as highly desirable. More complete and accessible information on infrastructure and other assets was also identified as another information gap that could be addressed in priority.

i. Cedarhill Golf and Country Club

A court case has been launched by the operator of the golf club against the City to redevelop the golf course for new housing. The legal situation differs from the Kanata G&C Club case but the same dynamic is at play, loss of greenspace associated with the golf course to residential development. Cedarhill is a rural enclave situated within the urban area, with large homes on large lots on private services.  It was considered for urban expansion in the last OP but rejected because of difficult servicing and access to transit.

A group called Boisé Est, an umbrella organization for woodlot owners in Eastern Ontario, contacted the GA to explore opportunities for exchange and collaboration. They have subscribed to the GA list and will keep in touch. The derecho caused significant damage to many woodlands just east of Ottawa and government assistance for recovery has been very slow in coming. This group is part of the Réseau des Organisations Environnementales de la Capitale Nationale, associated with Sustainable Eastern Ontario. This francophone network offers good potential for extending the GA’s reach into eastern rural Ottawa and beyond.

A bronze plaque has been installed at the trailhead of the Chief Pinesi Portage trail. This is the final activity of the project, which the GA undertook in partnership with Kich Sibi Trails over the last 18 months. 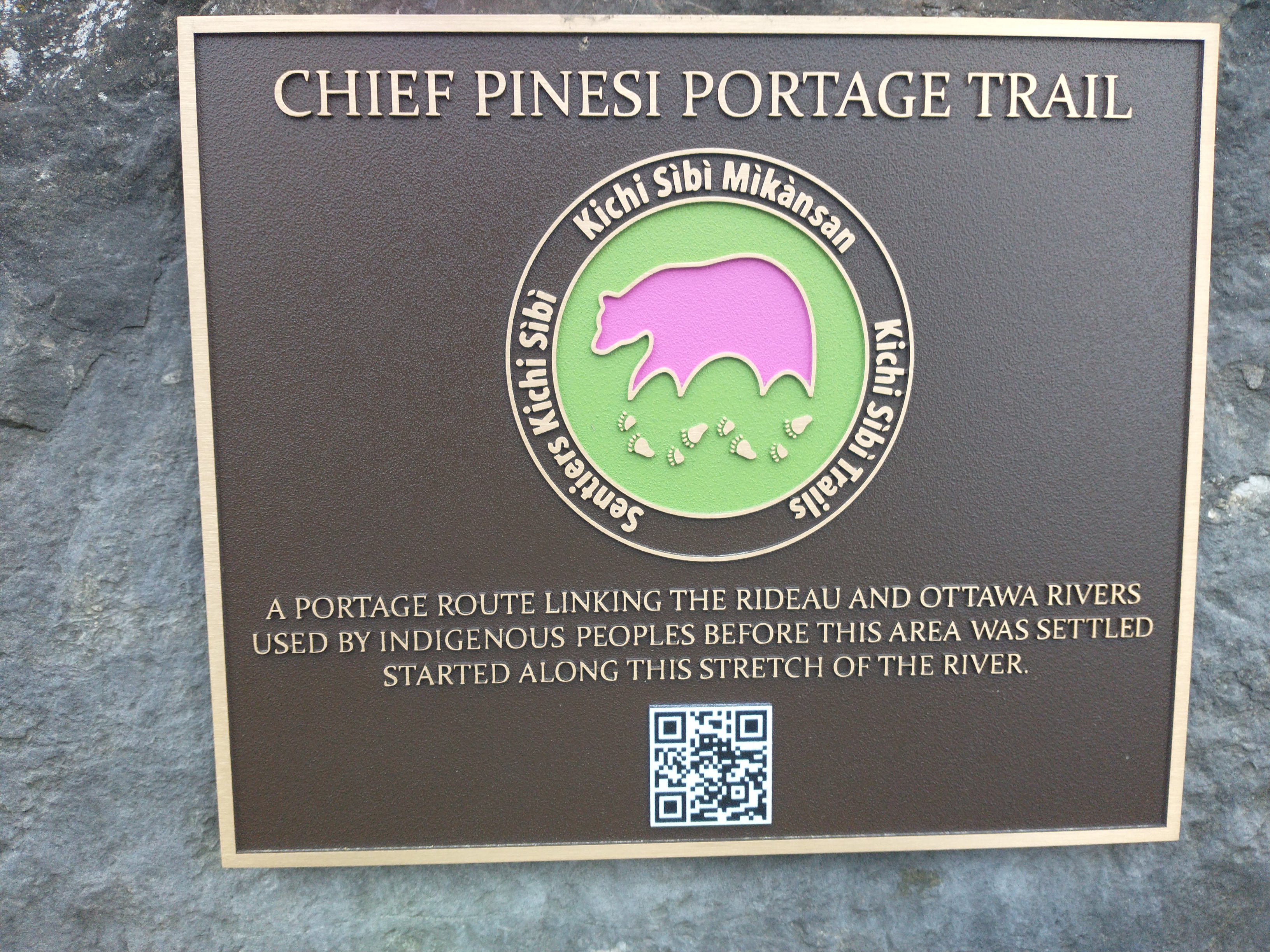 ii. The Greenbelt as an Urban National Park

The GA has been in talks with CPAWS, the OCWC and others on the potential for having the Greenbelt recognized as an Urban National Park. According to senior contacts, both the NCC and Parks Canada could be open to the idea. The core group promoting the plan is expected to expand its membership of stakeholders, identify champions and develop a concrete proposal by the new year.

This development application for four apartment towers adjacent to the Ottawa River near Petrie Island was considered by Planning Committee on November 9. Opposition spearheaded by the GA focused on the known extensive flooding of the site in 2017 and 2019, the proximity to the Petrie Island Provincially Significant Wetland and the opportunity of a land swap between the City and the proponent so that the project be located instead on adjacent City land currently used as a public works yard, while the City would gain possession of the shoreline land, all of which could be preserved as greenspace. Submissions were made by other organizations and residents along the same lines. In the end, the Committee approved the application but deferred a number of important issues, including the eventual number of towers to be built and better assurance on slope stability, to Site Plan Control.